All registers must linked by use commonly accepted keys:
• personal code for citizens,
• code of institution,
• standardised address presentation.

Secure data exchange layer X-Road (https://www.ria.ee/en/x-road.html) is used for gathering data from different registers. X-Road is a technological and organizational environment enabling a secure Internet-based data exchange between information systems. All registers and Statistics Estonia must be a member of X-Road

All participants must be implemented three-level IT baseline security system ISKE (https://www.ria.ee/en/iske-en.html). The goal of implementing ISKE is to ensure a security level sufficient for the data processed in IT systems. The necessary security level achieved by implementing the standard organisational, infrastructural/physical and technical security measures.

The address data system (ADS) (http://www.maaamet.ee/index.php?lang_id=1&page_id=471&no_cache=1485415080) must implemented in all parties. ADS is a framework of administrative, technical and legal measures which ensures unambiguous identification of address objects in their location and in different databases, and common organisation of the establishment of location addresses and processing of address data.

Save time. A register-based census enables receiving results faster than a conventional census, as it reduces the number of human errors made by enumerated persons, which would have to be corrected during the data validation period in a conventional census. If the same national databases are regularly used for censuses, it is possible to use standardised software for the validation and analysis of census data.

Requirements:
• ALL registers and metadata of registers must described in catalogue RIHA.
• Data has transferred by using secure X-Road services according to the agreement between Statistics Estonia and registers. Both "pull" and "push" methods has allowed.
• Data are presented in XML-format and described by XMLSchema (.xsd format)
• Updates should include the time; updates must be able to get since the last updates.
• All addresses must have taken from ADS-system.
• All physical persons must have identified by PIN code, or with codes of business register
• Data of registers must aligned to the results of the quality assessment of Statistics Estonia.
• Registers must include all necessary characteristics, must be complete and accurate.
• Registers must ensure the integrity of data. 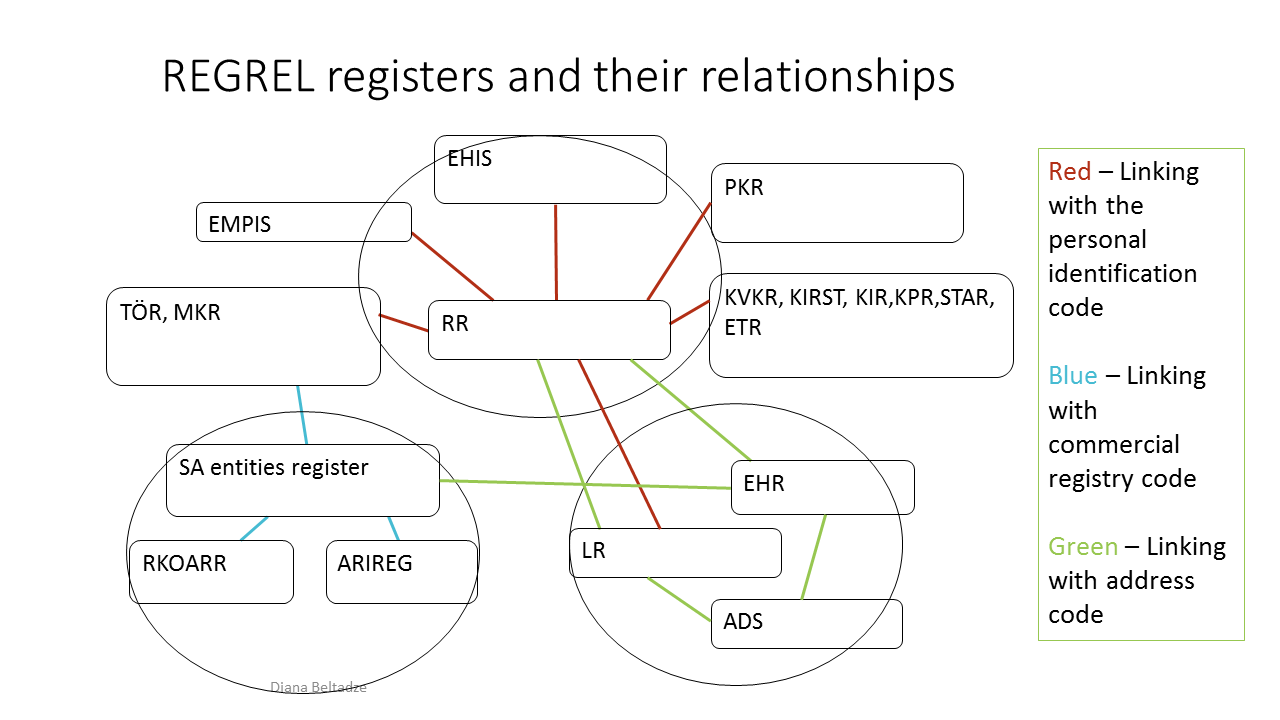 
Barrier 1. Quality of data needs to be improved. It should establish clearer quality requirements.
Barrier 2. The systematic logic controls of data must applied.
Barrier 3. Registers legislation must contain provisions to allow their data reuse by Statistics Estonia.
Barrier 4. Data of registers can processed by Statistics Estonia exclusively for the purpose of Census. The data allowing a person to be identified shall be substituted by a code. Decoding and the possibility to decode is permitted only for the needs of additional scientific research or official statistics.